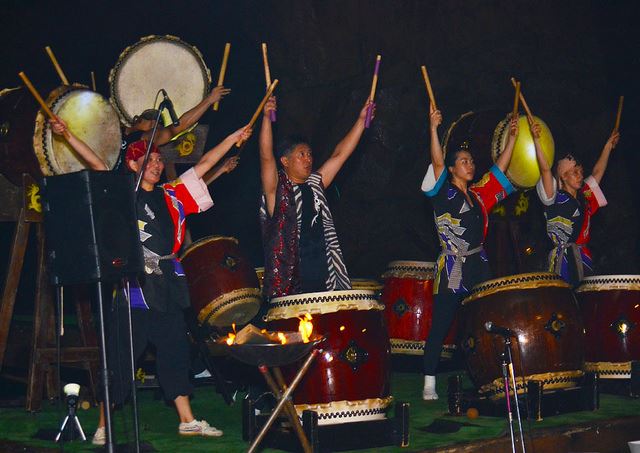 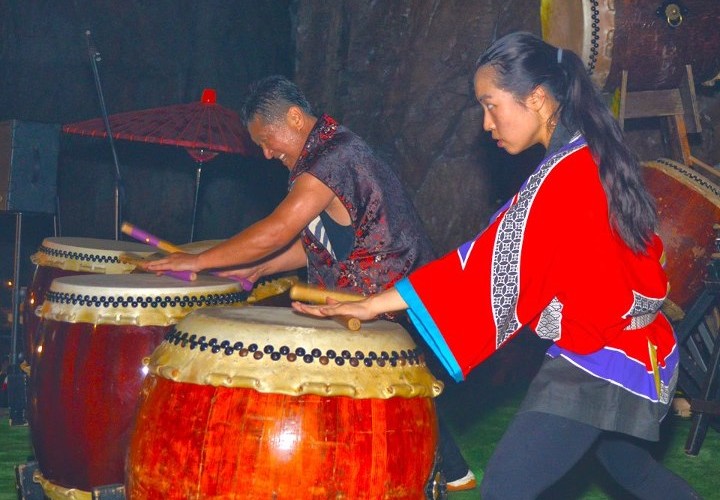 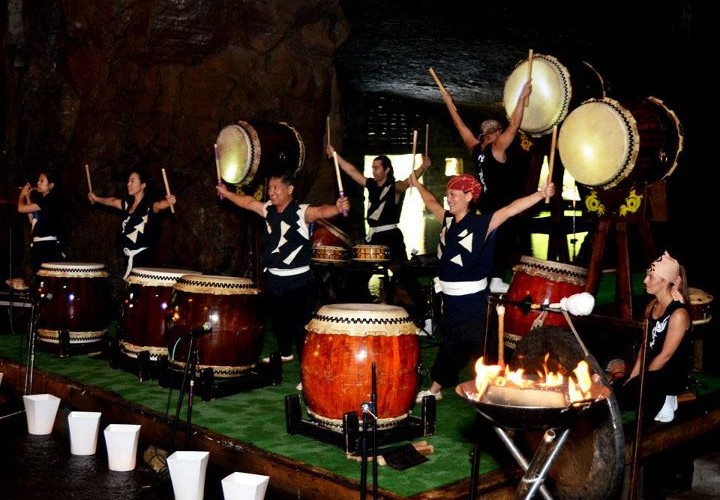 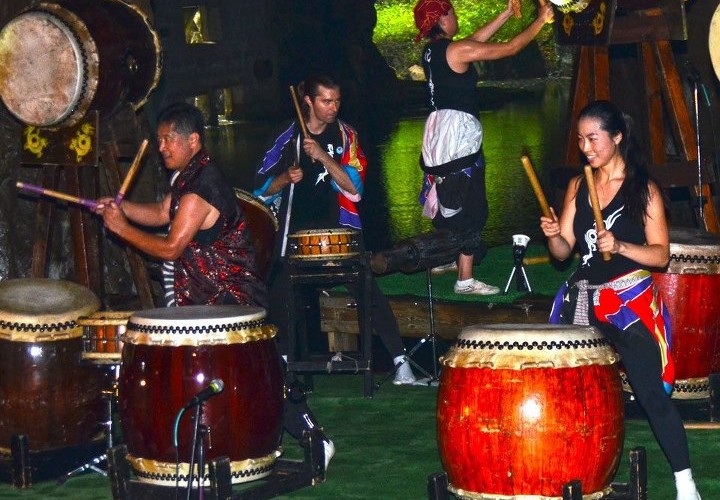 845-658-9900
The Snyder Estate is closed for the winter! After the mine freezes, the site is closed until the spring thaw. 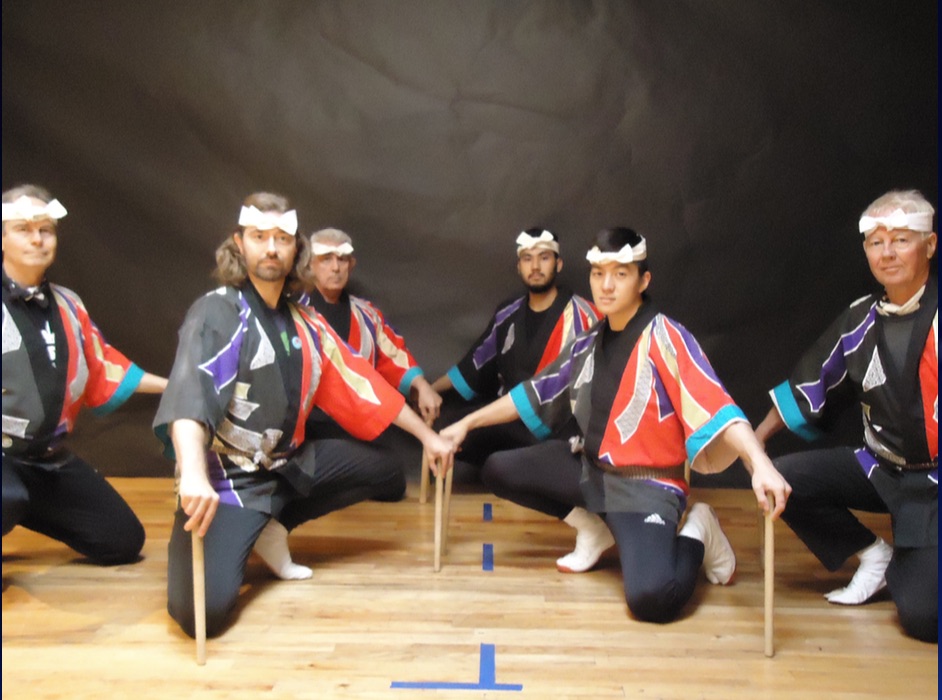 In the Widow Jane Mine

They perform a traditional combination of dance, martial arts, and extremely percussive music on huge, hand made drums and other traditional Japanese instruments  in the awesome and literally cool Widow Jane Mine!

From their website:
Taiko Masala has thrilled audiences throughout the US with performances of Japan’s traditional drumming – Taiko.

By combining the training and discipline of Japanese martial arts with the precision and power of complex drumming, Taiko Masala brings visually stunning and breathless excitement to their performances.

Their arsenal of instruments, all hand made by the ensemble, range from small eight-inch hand-held drums, to five foot barrel drums, and features the giant 250 pound O-daiko. Japanese instruments including Shakuhachi, Fue, Koto, and dancing add richness and color to their programs.